Although many have been using the River Arts’ new greenway for several months now, it officially opened in April of 2021. The path has been coined the Wilma Dykeman Greenway, an Asheville native known for her books about Appalachia and her work as an environmental activist who sought to protect the French Broad River. 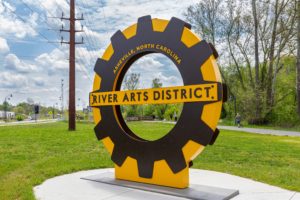 Running from the Amboy Road-Lyman Street intersection to the Broadway Street-Riverside Drive intersection, the greenway gives you ample opportunity to stop off at some of Asheville’s best local businesses including Pleb Winery, 12 Bones Smokehouse, Wedge Foundation, Smoky Park Supper Club, and more. 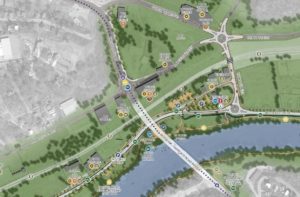 We are excited about the easy access our newest development, The Landings, has to the greenway. As if living across from New Belgium wasn’t good enough!

If you haven’t had a chance to pop down and explore the greenway, make sure it’s on your list next time you visit the RAD. As most of us know, flat space like this in the mountains is hard to come by for any fitness enthusiasts!